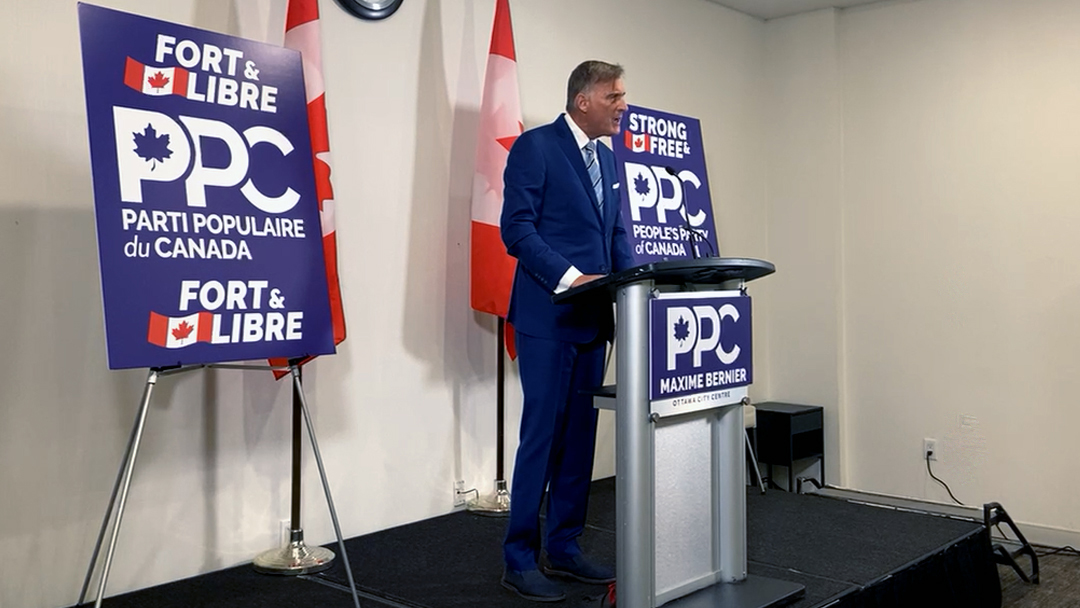 Etobicoke, ONTARIO, August 17, 2021 – The Leader of the People’s Party of Canada, Maxime Bernier, made his first commitment to Canadian voters at his first campaign rally in Etobicoke this morning.

Mr. Bernier said he would respect people’s intelligence and not try to buy their vote with costly and unrealistic spending promise every day over the next five weeks, as all the other parties will be doing.

“Election campaigns are a very predictable affair. We already know that every day over the next five weeks, the leaders of the other establishment parties will make costly and unrealistic promises to bribe Canadians and buy their votes.

They will promise new spending programs that we cannot afford; tax credits to specific electoral clientele; subsidies to some businesses and industries; grants and privileges to influential special interests; funding for projects in various communities that should be the responsibility of provinces or municipalities – all of this financed by borrowed money.

All the other parties play this vote-buying game. We know that many of these promises are just lies and that the next government won’t keep them. But this bidding war is also the reason why the government keeps getting bigger, and keeps controlling more of our economy and our lives, year after year, decade after decade.

At the People’s Party, we’re doing politics differently. I promise not to play this silly game. I will not be appealing to your immediate self-interest, but to your intelligence and your love of our country. During this campaign, we will only make realistic, responsible promises to reform and improve the way Canada is governed for the benefit of all Canadians. Thank you.”