Maxime Bernier, leader of the People’s Party of Canada 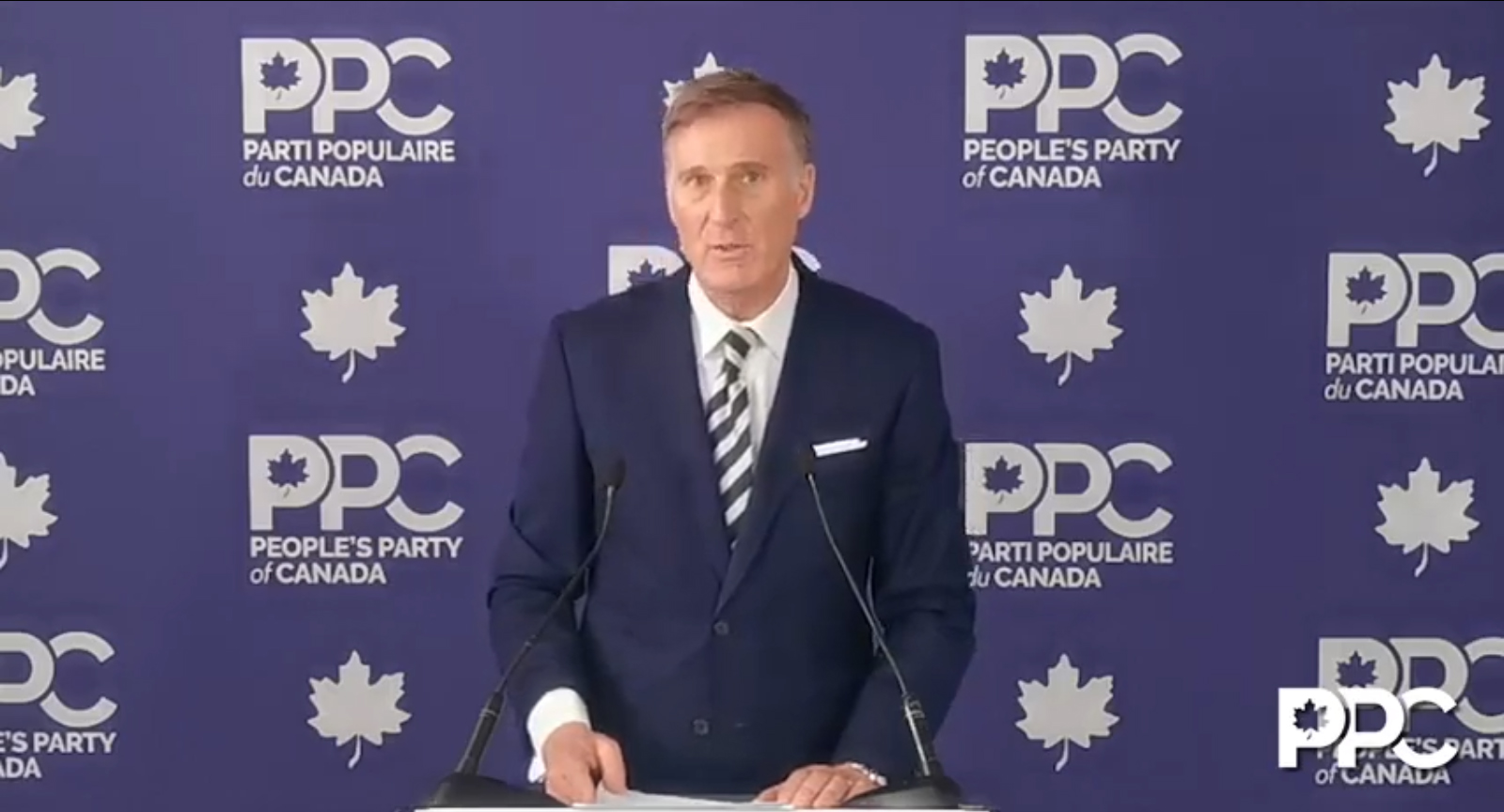 The short parliamentary session following the election has just ended, and the year is almost over. So it’s a good time to look back and draw a few conclusions.

Despite having a minority government, the Trudeau Liberals are still governing as if they were a majority government. There is no opposition in Ottawa on any of the major issues that confront our country.

Both the NDP and Erin O’Toole’s Conservatives essentially agree with the Liberals on almost everything. Whether it is the authoritarian covid measures, the massive spending and inflation policies, or social issues such as conversion therapy.

Conservative MPs have been almost completely silent regarding the many authoritarian covid measures imposed by both the federal and provincial governments, from vaccine mandates for civil servants to the arbitrary detention of travellers under horrible conditions in quarantine hotels.

They also did nothing to oppose the draconian, unscientific rule that you must now be vaccinated to travel both to other countries and within Canada. There is no evidence whatsoever that the virus is spreading in these modes of transportation more than elsewhere. This is simply another tyrannical rule to pressure the unvaccinated to get vaccinated.

After almost two years, it should be clear that lockdowns, vaccine passports, and vaccine mandates are causing way more harm than they are helping fight the virus. In terms of economic costs, social division, or the overall health of the population, including mental health. Canadians are at a breaking point.

But despite this, Justin Trudeau is now exploiting the arrival of the new omicron variant and doubling down on the fear mongering. He just told Canadians not to travel abroad. I spent the month of November in Florida with my wife Catherine, and I can tell you that there is another way to deal with this pandemic, one that respects people’s intelligence, as well as their fundamental rights and freedoms.

There was never any logic to vaccine passports because everybody can spread the virus. But that logic is even more tenuous now with the arrival of a variant that by all accounts is very mild, even though it’s spreading faster.

On this issue of course, the People’s Party has been the only federal party standing up for a scientifically based approach that focuses on protecting the most vulnerable, while rejecting coercion and discrimination, respecting our fundamental rights, and guaranteeing the freedom of Canadians to make health decisions based on informed consent.

We went from two weeks to flatten the curve to two years, and counting, to destroy our economy. The minister of finance this week pledged $30 billion in new covid spending over six years. The Liberals love this crisis. They are obviously planning to exploit it for many more years to grow the government, create new programs, and spend hundreds of billions more than they would have been able in a normal situation.

One basic rule of economics however is that there is no free lunch. We will have to pay for all this, one way or another.

One way will be through higher taxes. Ottawa’s total debt will go from $721 billion before the pandemic to $1,359 billion in 2026-27. Debt service will double. That’s if there is no other crisis, interest rates stay low, and the Liberals don’t spend even more than they plan to, all of which are unlikely.

Without the unjustified lockdowns, the government would never have had to spend hundreds of billions to support the economy, businesses, and individual Canadians. At the very least, they should have eliminated these programs much earlier.

The government should also refrain from creating any new program that put our public finances even more in the red. Especially programs that invade provincial jurisdictions such as national daycare.

When you create a lot of new money out of thin air, while the economy produces less and you pay people to stay home, what you inevitably get is inflation. More money chasing fewer goods. There is no reason to trust the Bank of Canada bureaucrats who say they know how to fight inflation and will not allow it to get out of control. How can we believe them when they let it reach record levels already? They’re in bed with the government.

The new mandate that the government gave to the Bank this week, which tells them to also consider the level of employment, ensures that asset price and consumer price inflation will remain a concern for years to come. Central banks can only do one thing to stimulate employment in the short term: print more money, debase the currency, and keep interest rates artificially low, all of which feed inflation and make Canadians poorer.

What Chrystia Freeland should have done as a first step is lower the Bank’s inflation target to 0% instead of 2%, so that Canadians don’t see their purchasing power go down every year.

The Liberals and NDP have no understanding of economics and think we’re not running into the wall fast enough. But the Conservatives are no better. They’ve recently discovered the issue of inflation, but offer no solution. During the election campaign, Mr. O’Toole was proposing to spend as much as Justin Trudeau. And he wanted to take ten years to eliminate the deficit. Once again, they essentially agree with the Liberal government.

Another issue I want to briefly address is Bill C-4 banning conversion therapy. I agree with parts of this bill. I don’t support conversion therapy for gays and lesbians. Nobody should be forced to undergo any therapy to change their sexuality.

However, this bill will make it a lot more difficult to treat children who suffer from gender dysphoria. It’s now legal to tell kids in school that they may be another gender, and to encourage them to start transitioning. But you could go to jail if you try to discourage them from taking this road, which should be the first thing to do. Most of them will get over their confusion and become healthy heterosexual, gay or lesbian adults.

It’s not a question of being anti-gay or anti-trans. It’s a question of helping and protecting our children, instead of encouraging them to take puberty blockers, hormones, and eventually mutilate their body.

Before the election, 62 Conservative MPs who had similar concerns voted against a previous version of this bill. This time, they all voted for it, unanimously, for fear of not being politically correct. They are a completely useless opposition.

The People’s Party may not have seats in the House, and may not be able to get its message in the media every day. But as I said on election night, we are the only real opposition at the federal level. The Conservatives under Erin O’Toole are even more intellectually and morally corrupt, and more irrelevant and useless, than they were under the previous leader.

The PPC is continuing to grow. As you know, we received 5% of the vote in the election. We have no debt and we will receive half a million dollars from Elections Canada as reimbursement for campaign expenses. We hired four new staffers. Our organization is becoming more stable and professional. I got the support of 95.6% of PPC members in our recent leadership review.

We will continue to offer Canadians a real alternative, and we will be ready for the next election, whenever it comes. Thank you.