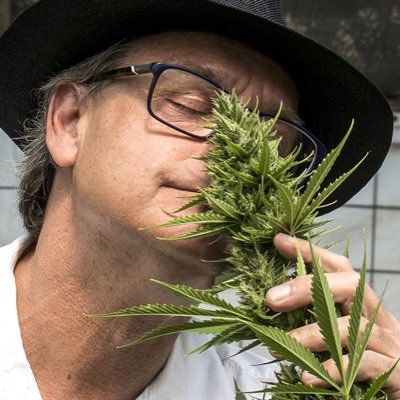 Born and raised in London, ON, Marc Emery is a prominent Canadian civil rights and pro-cannabis activist. A man of conviction, Marc has been one of the world's most passionate advocates in the pro-cannabis movement and has spent time in more than 40 prisons and jails for civil disobedience, in every province, and 6 US states. Other notable civil disobedience campaigns include: a free garbage pick-up during the 1985 garbage strike, challenging the obscenity laws (1990), challenging the Sunday closing laws (1986-1988), challenging the cannabis literature ban (1990-1994).

Marc is a libertarian at heart and has been developing small businesses since he was a young child. At the age of 9, Emery started a business from his parents' home called Stamp Treasure, buying and selling stamps by mail order. Two years later he started another mail-order business called Marc's Comic Room that he started by using the money saved from Stamp Treasure. He dropped out of high school in 1975 at age 17 to purchase a used book store in London, ON which he renamed City Lights Bookshop. Emery operated the store for 17 years, selling it in 1992.

Marc also has immense political experience. Marc got his feet wet in Canadian politics hammering sign posts in lawns to put up election signs for Alec Richmond, the NDP candidate in London East Riding in the 1968 federal election. Marc's father was a trade unionist in those days and Marc, drove around with him at age 10 hammering in NDP signs throughout London East that campaign. Marc first ran for office in 1980 for the Libertarian Party of Canada in London East Riding. He ran for the Libertarian Party of Canada in the 1980 federal election, finishing fourth in London East. In 1982 and 1985, Marc ran for Alderman in Ward 3 of Hamilton, ON. Marc later left the Libertarians and became a London-area organizer for the Unparty, later renamed the Freedom Party of Ontario. Marc ran as a candidate of the Freedom Party in the rural constituency of Middlesex, near London, ON in the 1987 provincial election. After moving to the West coast, Mar  ran for mayor of the city of Vancouver in 1996, 2002 and 2008. Marc is also the funder and President of the BC Marijuana Party and guided the Party through multiple elections.